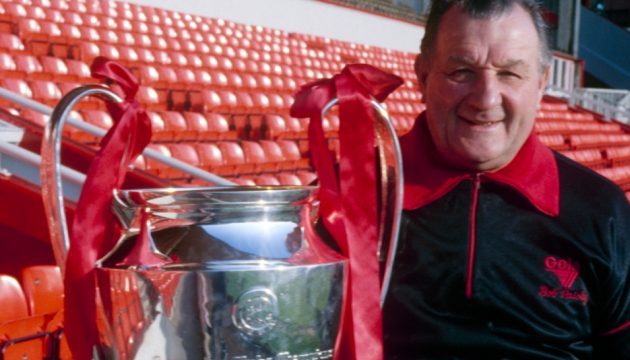 Bob Paisley took over as Liverpool manager from Bill Shankly, and provided a few classic quotes of his own…

“If you’re in the penalty area and don’t know what to do with the ball, put it in the net and we’ll discuss the options later.”

“Still we’ve had the hard times too – one year we finished second.”

(on Billy Liddell)
“Bill was so strong it was unbelievable. You couldn’t shake him off the ball. It didn’t matter where he was playing, though I suppose his best position was outside-left. He could go round you, or past you, or even straight through you sometimes!”

(after his 11th visit to Wembley)
“I’m surprised they don’t charge me rent and rates.”

(on the press)
“Newspapers remind me of Jaws. They’ll consume anything you’ve got and be back for more the next day.”

(on Joe Fagan)
“You may have found me mean and thirsty in my search for trophies, but the bad news is the man who is taking my place is hungrier than me. Fagan’s the name and I don’t think he’ll need any help from the Artful Dodger!”